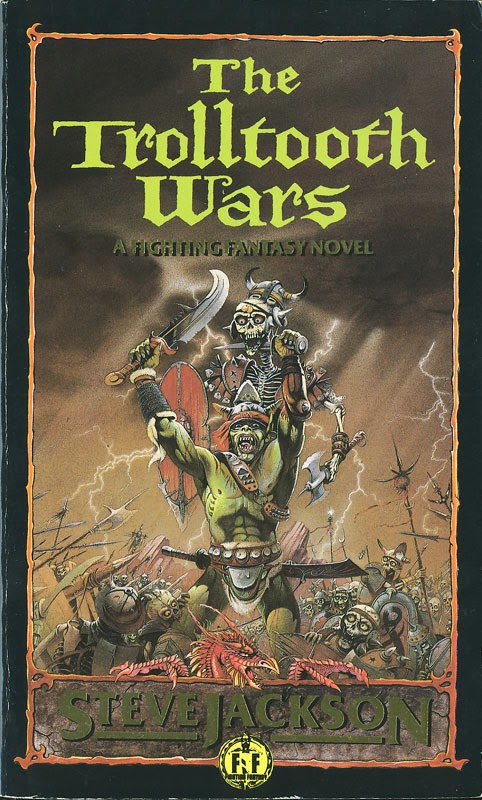 The Trolltooth Wars. Those three words will be familiar to Fighting Fantasy fans. The first straight novel set in the FF universe, Steve Jackson’s 1989 book featured familiar characters and settings in an exciting fantasy adventure, in which you weren’t the hero - Chadda Darkmane was. Readers joined Darkmane on an adventure that took him from Salamonis, to the Forest of Yore, to the bizarre town of Shazâar, to the very depths of Firetop Mountain. Fan favourite characters Balthus Dire, Zharradan Marr, Gereth Yaztromo and, of course, Zagor himself, rubbed shoulders with new creations like the Chervah, Jamut Mantrapper and the sorceress, Lissamina. It also spawned a number of sequels, which all further expanded the world of Titan, and gave Darkmane new challenges to overcome.

But, if you’re reading this, you probably already know that. 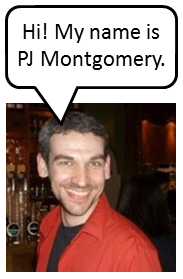 My name is PJ Montgomery, and I’m a writer based in Cardiff. Jonathan has very kindly invited me to write a guest post all about my latest project, a graphic novel adaptation of The Trolltooth Wars. I’ve been a fan of the Fighting Fantasy series since, as a young child, I discovered some of the books in my school library. A few months and much pestering later, I finally managed to get my mum to buy me a copy of The Warlock of Firetop Mountain. Sure, that first adventure in Zagor's domain ended with death at the hands of a vampire, but it spawned an obsession within me, which continues to this day.

I’m also a huge fan of comics. This passion began a bit later, with my first issue of X-Men, but it’s burned just as fiercely. It’s a unique medium, combining clever writing and visual storytelling like no other. Comics have the potential to tell amazing stories which feed the imagination, just as well as any novel, while providing stunning images without the budgetary limits which can cause a film or television show to fall short.

Combining comics with Fighting Fantasy feels like an obvious idea to me, and where better to start than The Trolltooth Wars? It’s actually a very visual novel, thanks to Jackson’s clear and descriptive prose, combined with some excellent illustrations by FF legend Russ Nicholson. I’d had the idea to turn it into a comic a while back, but it was only last year that I actually did anything about it, and fired off an e-mail enquiring about the possibility of putting a graphic novel together. Fast forward to now, and a full script has been written, and is in the process of being illustrated by talented comic artist Gavin Mitchell.

Gavin and I have plenty of experience creating comics between us, having worked together previously on the South Wales set horror comedy, Stiffs. I’ve also contributed to the superhero anthology title The Pride Adventures, while Gavin has provided art for books like '80s horror mash-up The Samurai Slasher, and superhero book The Pride, the parent book of The Pride Adventures. So we know what it takes to produce a quality comic. The only thing currently standing in our way, is funding.

As such, we’re in the middle of running a Kickstarter with the aim of raising the money to release the comic later on this year. The money raised is all going into the book, and while we’ve had a good start, we’re not there yet. I love Kickstarter. I think it’s a brilliant site, which can help with the creation of excellent projects which may not otherwise see the light of day. I’ve backed plenty of campaigns myself (including You Are The Hero, naturally), and always enjoyed being part of a campaign, and never been disappointed with the end results. We’re hoping to provide our backers with a similar experience.

Backing the campaign will get you any of a number of rewards, including badges, prints, wallpapers for your computer, and copies of the book. There’s also the chance to get copies signed by me and Gavin, copies sketched in by Gavin, and limited edition copies signed by Steve Jackson! There are even reward levels which will get you a signed copy of You Are The Hero, and, right at the top end, the chance to be drawn into the book, appearing as one of the residents of Titan! 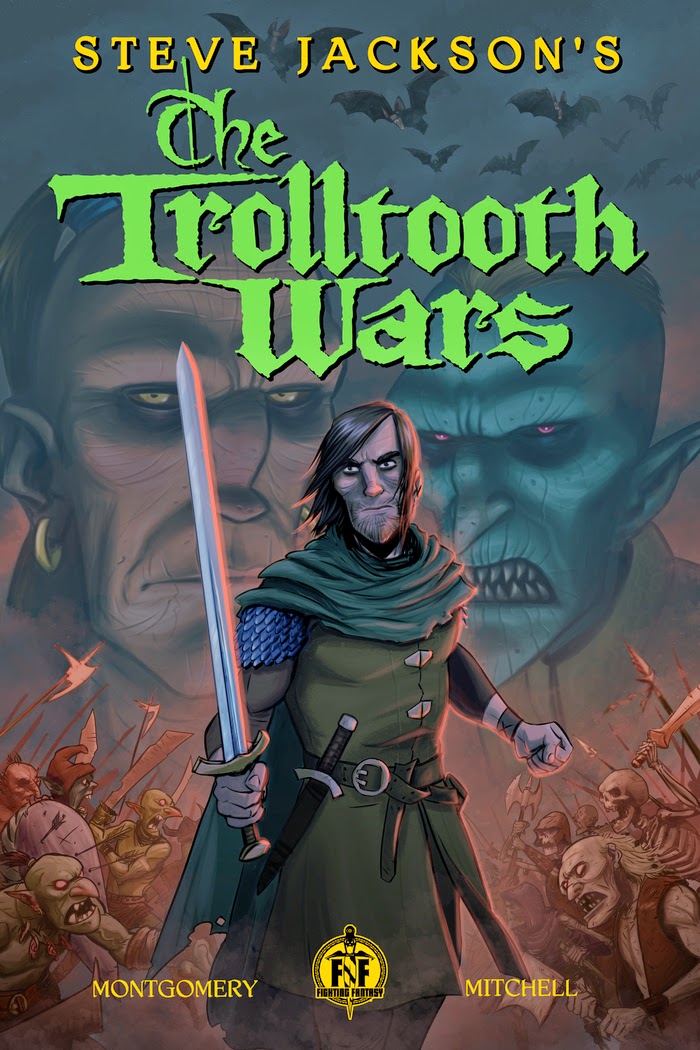 As for the book itself? Well, that'll be coming in at just over one hundred and thirty pages of story, sticking close to the template set by Steve Jackson. The story's the same, it's the telling which is different. Gavin's art is bringing Titan to life like never before, which means that even those who know every word of The Trolltooth Wars, from beginning to end, will be getting a new experience. This book is for everyone, both fans and newcomers. That said, there will be Easter eggs for the fans throughout, and extra material in the back. This will include some of Gavin's original character sketches, work in progress pages, and pin-ups by guest artists.

We’d love it if you could back the campaign, and get all of your friends to do so as well. We’re really excited by this book, and hope you will be too.

Help us make it a reality, and as far as we’re concerned, you really are the hero.